Difference between revisions of "Category:Ranks"

From ThetaWiki
Jump to: navigation, search 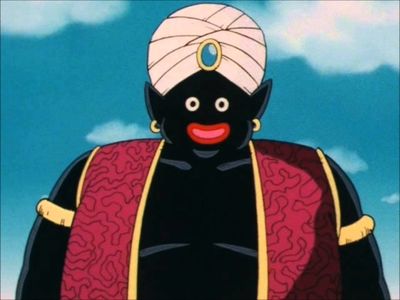 "Popo's about to teach you the Pecking Order."

This page contains information on the various ranks that exist on the ThetaBlocks Minecraft Server and ThetaBlocks community. These ranks and their abilities are subject to change at any time if the server staff deem it necessary. Knowing the information on this page is a great benefit to players of all ranks.

The progression of ranks on the ThetaBlocks Minecraft Server is a little different depending on the rank that is next to be obtained. These Ranks are always subject to change, with additional ranks being added depending on situations and administrative discussion.

To be promoted to Builder, you have 1 option.

To be promoted to Resident, you must meet two criteria.

To be promoted to Moderator, you have 1 option.

To be promoted to Administrator, you have 1 option

ThetaBlocks Minecraft Server ranks, and their permissions, benefits, and rewards are as follows:

Traveler is the very first rank obtained by players upon logging into the ThetaBlocks Minecraft Server. They are fully equipped to explore and discover the various areas and projects that exist on the server. Travelers appear with GREY names in chat.

Builder is the second rank that can be obtained on the ThetaBlocks Minecraft Server. Players who have obtained this rank have access to build within every public world on the server, and assist on projects by asking the project lead for permission to do so. Builders may also start their own projects within the main world. Builders appear with a CYAN name in chat.

Builders can do everything that Travelers can do including:

Resident is the rank provided to players who have shown that they have a level of maturity and skill in which they can be trusted with extremely powerful tools. Residents appear with a LIGHT GREEN name in chat.

Residents have access to everything that a Builder does including:

Moderator is the rank provided to those that the server staff believe can be trusted to uphold the standards and ideals for which the ThetaBlocks community stands. Moderators are provided with all the tools that server staff believe are necessary to keep the peace, and maintain order on the ThetaBlocks Minecraft Server. Moderators appear with a DARK PURPLE name in chat.

Moderators have access to everything that a Resident does including:

Administrators are the leaders of the ThetaBlocks Minecraft Server. They are here to provide assistance to all players and see to the needs of the server and the community.

Administrators have access to every command, and are expected to avoid the abuse of this power. Misuse of power by an administrator will be investigated by the server owner and other administrators.

This category has the following 4 subcategories, out of 4 total.